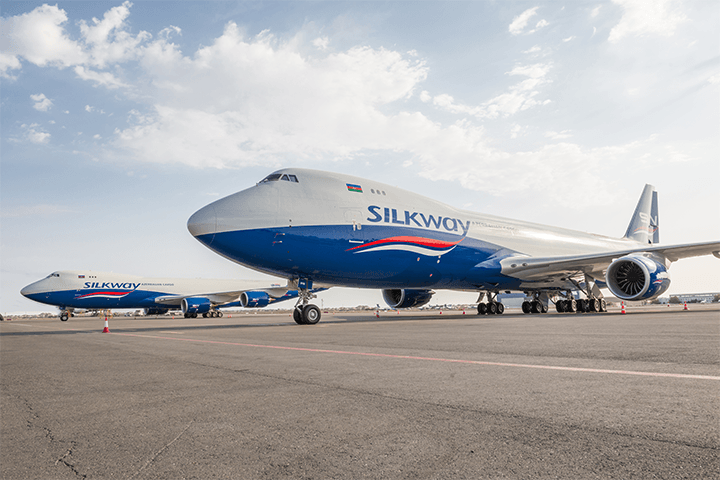 This is a critical step in strengthening and expanding the airline's offering to the pharmaceutical sector. Being GDP certified, Silk Way West Airlines now intends to extend its product line in transportation of medical goods and pharmaceutical logistics services.

Silk Way West Airlines’ internal procedures have been upgraded in accordance with GDP principles, and the company’s entire staff has been appropriately trained. Moreover, the carrier conducted a thermal mapping of its fleet and the extensive temperature-controlled storage facilities at its main hub in Baku to ensure the integrity of these processes. As a result, staff, equipment, and facilities are all aligned to deliver superior performance.

According to Mr. Aydin Huseynov, Silk Way West Airlines’ Vice President for Global Cargo Logistics & Standards, GDP certification is an important step in upgrading the airline’s carriage capabilities for all pharmaceutical products, as well as ensuring that the required storage services are in place.

“We believe that these efforts focused on ensuring the highest standards in logistics will take the company to the next level in management of time- and temperature-sensitive goods”, said Mr. Huseynov.

Good Distribution Practice (GDP) is a standard based on principles adopted by the European Union and recommended by the World Health Organization. In line with these requirements, medicines are to be obtained from a licensed supply chain and stored, transported and handled under suitable conditions.

Founded in 2012 in Baku, at the heart of the Silk Road, Silk Way West Airlines is the largest cargo airline in the Caspian Sea region. Based at Heydar Aliyev International Airport, the airline operates around 350 monthly flights across Europe, Asia, and the Americas via its fleet of 12 dedicated Boeing 747-8F and Boeing 747-400F freighter aircraft. On April 28, 2021, Silk Way West Airlines signed a strategic fleet expansion agreement with Boeing for five state-of-the-art 777 Freighters. The airline's annual cargo turnover exceeds 420,000 tons, while its growing route network covers over 40 destinations across Europe, the CIS, the Middle East, Central and Eastern Asia, North and South America.